They went on to have 18 consecutive Top 40 singles in the UK, from their debut in 1977 to their break-up in December 1982, including four No.1 hits. As of 2007, 'That's Entertainment' and 'Just Who Is the 5 O'Clock Hero?' remained the best-selling import singles of all time in the UK.

The band will also play a second show at London’s Emirates Stadium on Friday June 5, and another Dublin date at Malahide Castle on Wednesday June 17. This will be the bands biggest UK and Ireland tour to date. Support for both dates comes from Sam Fender.

The Killers have also continued to tease their new album "Imploding The Mirage" due in Spring this year but as yet no set release date has been finalised. 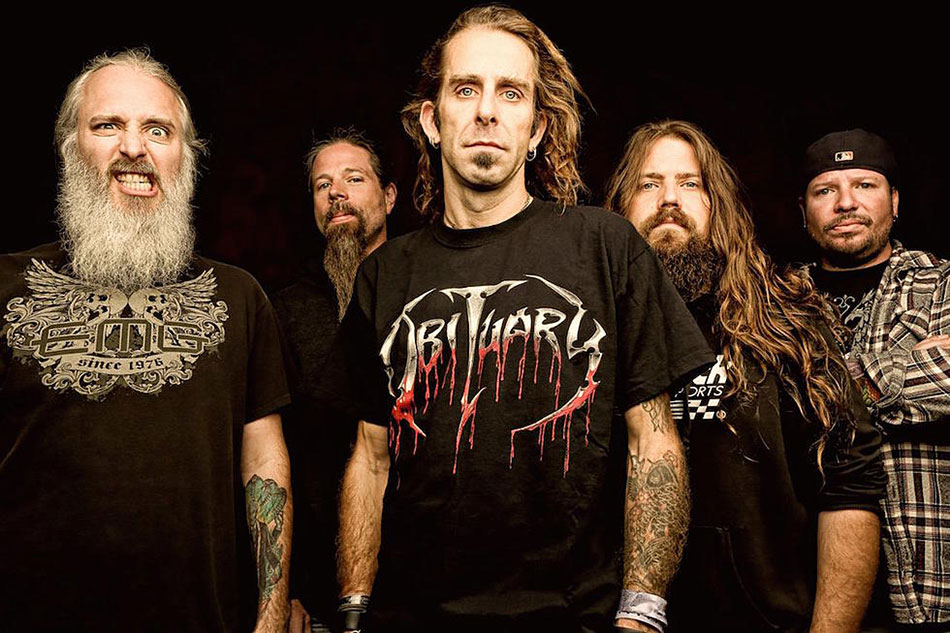 As mentioned on a previous email - Lamb Of Gods new album will be released on May 8th.

They will be touring in the UK & Europe from March to April, with shows at various US festivals.

We have a new range of Lamb Of God T Shirts due very soon!?

View All Lamb Of God Merchandise 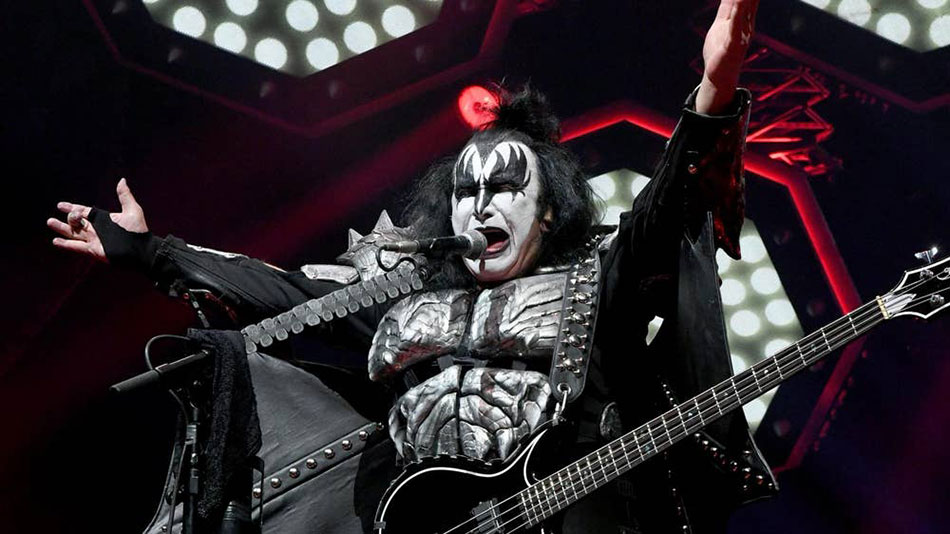 New York American glam metal band Kiss will headline the Download festival this year in Jun in the UK. The band have released 20 albums over the years and and have sold over 40 million albums in the USA alone.

PAUL WELLER HAS ANNOUNCED A UK TOUR FOR MAY 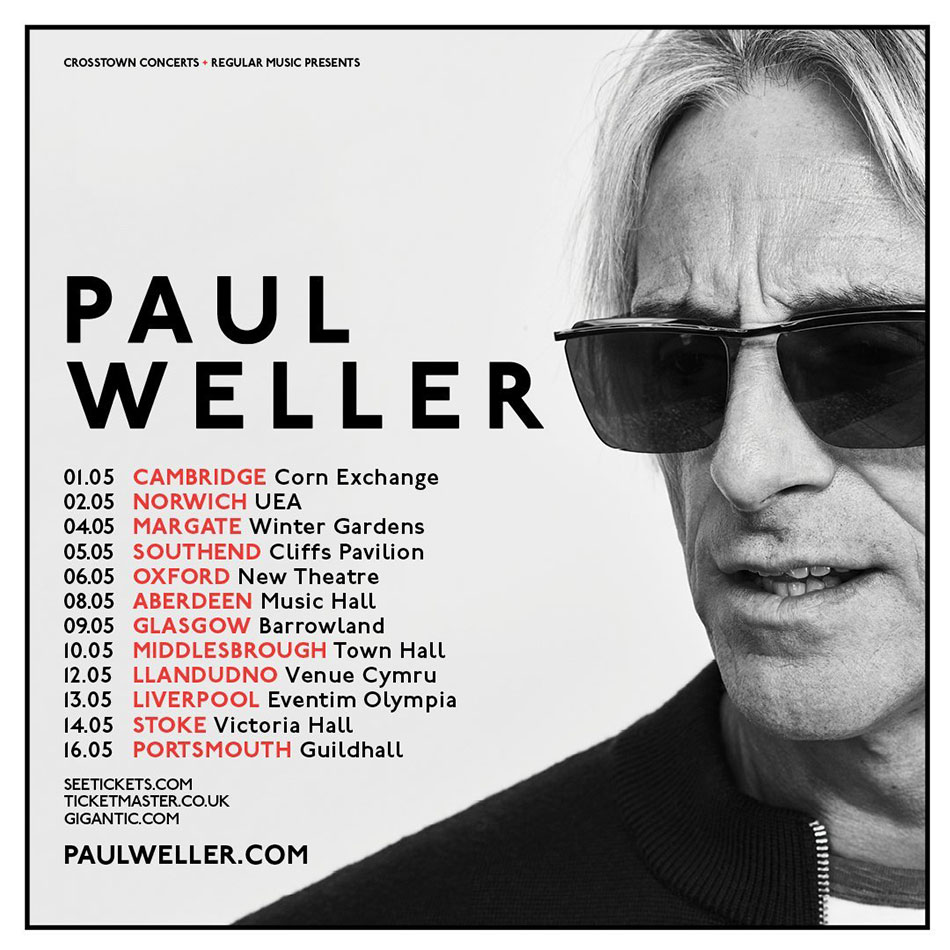 Paul Weller has added some live gigs in the UK as part of his previously announced May 2020 tour, that also includes Holland and Germany.

After some time away from the spotlight, former Judas Priest guitarist K.K. Downing has formed a new band that will pay homage to his past alongside other ex-members of the heavy-metal pioneers. Downing’s new band, KK’s Priest, will find him performing alongside vocalist Tim “Ripper” Owens, Judas Priest’s singer from 1996 until 2003, and drummer Les Binks, who was in the band from 1977 to 1979 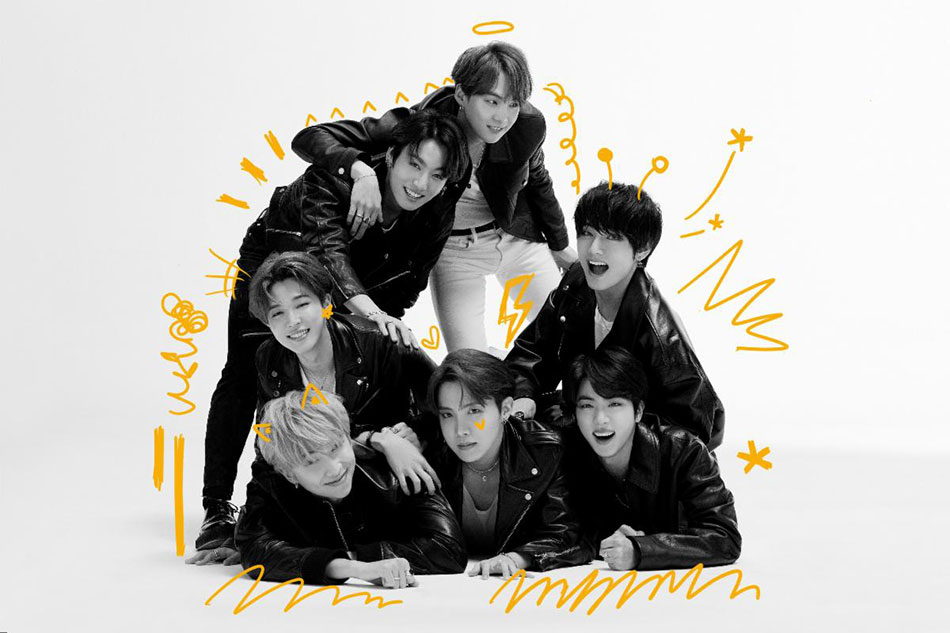 Map of the Soul: 7 is the upcoming fourth Korean-language compilation album by South Korean boy band BTS. The album is set to be released this Friday 21st of February 2020. It is the follow-up to their 2019 extended play "Map of the Soul: Persona."

Roses Are Red Violets Are Blue

We've Had Some Stock In

Now in stock 6 new designs from The Clash, we'd like to tell you about it, but we've decided to "Take The 5th"!

The history-making Grammy winner has released the new theme to the new James Bond film, "No Time To Die.

?A dramatic, unsettling ballad that hints the plot will centre around the secret agent's betrayal and highlights the haunted solitude of its leading man.

Brace yourselves, world:  Rage Against The Machine are hitting the road in both North America and Europe this year! The tour features the legendary rap-metallers’ first confirmed European appearances of their comeback so far.

Run The Jewels are currently due to open.

View All Rage Against The Machine Merchandise

From our Character range we've just had an arrival of a NEW collection of Marvel designs including Avengers Logo, Avengers Portraits, Avengers Group & Avengers Now They're Gone designs. 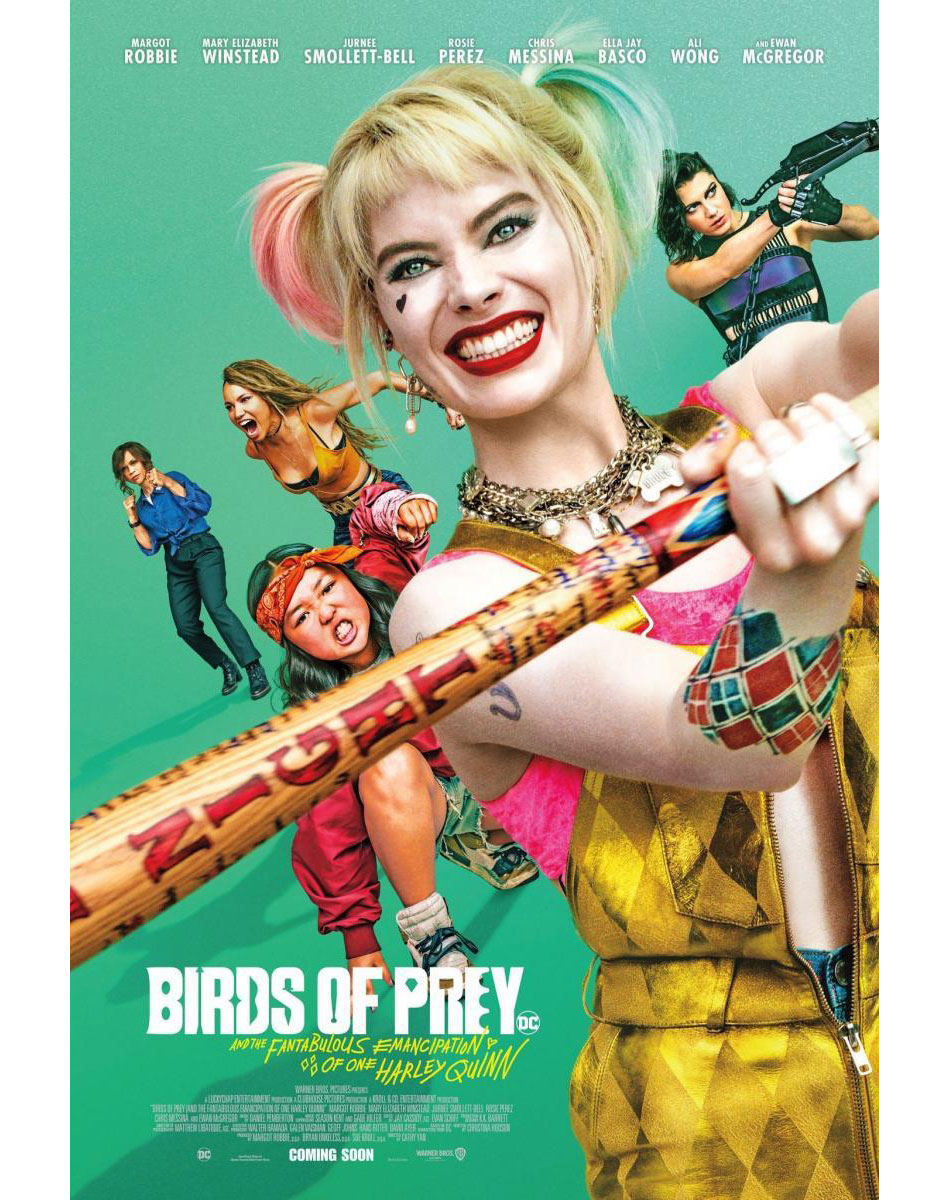 After splitting with the Joker, Harley Quinn joins superheroes Black Canary, Huntress and Renee Montoya to save a young girl from an evil crime lord. In cinemas in the UK this week. 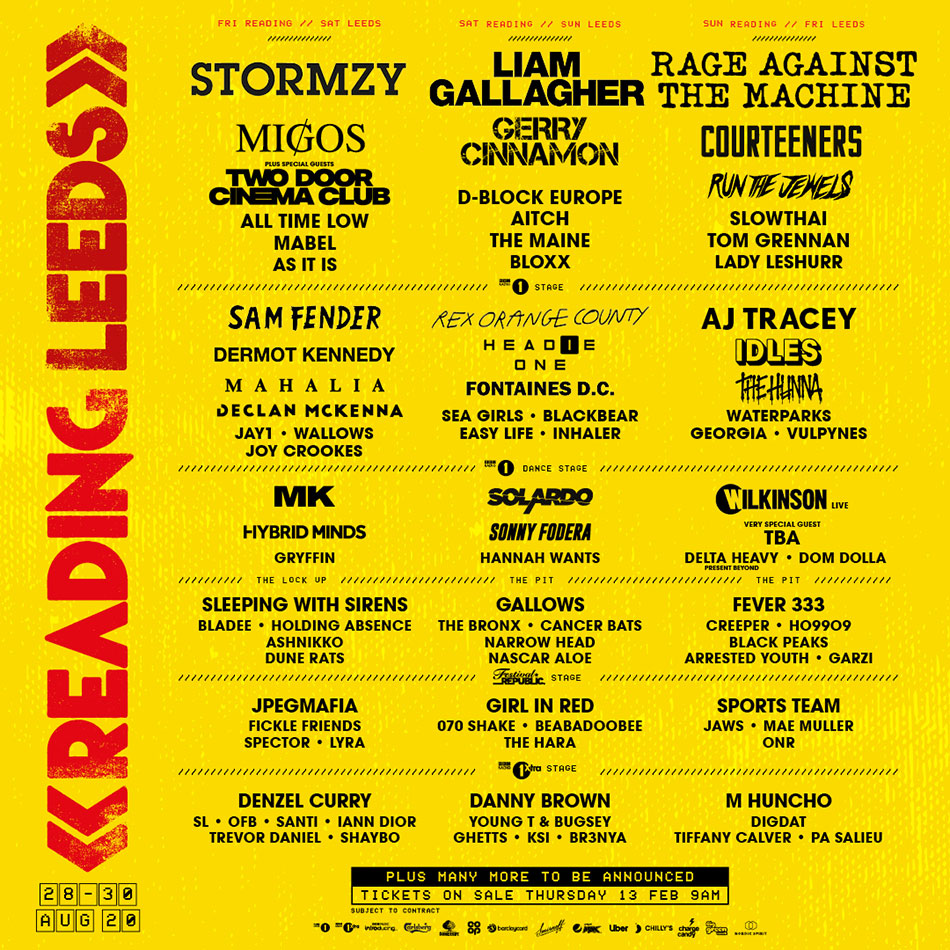 Blondie emerged onto the New York music scene in the mid 70's and quickly became era defining and internationally iconic.

Debbie Harry and the band's co-founder, guitarist and songwriter Chris Stein are in conversation with artist and director (and long time Blondie collaborator) Rob Roth, discussing five decades of Blondie, their lives as artists and creatives. You can share an evening with Debbie and Chris at intimate venues in London, Manchester, Birmingham and Glasgow this April. Tickets are on sale now. 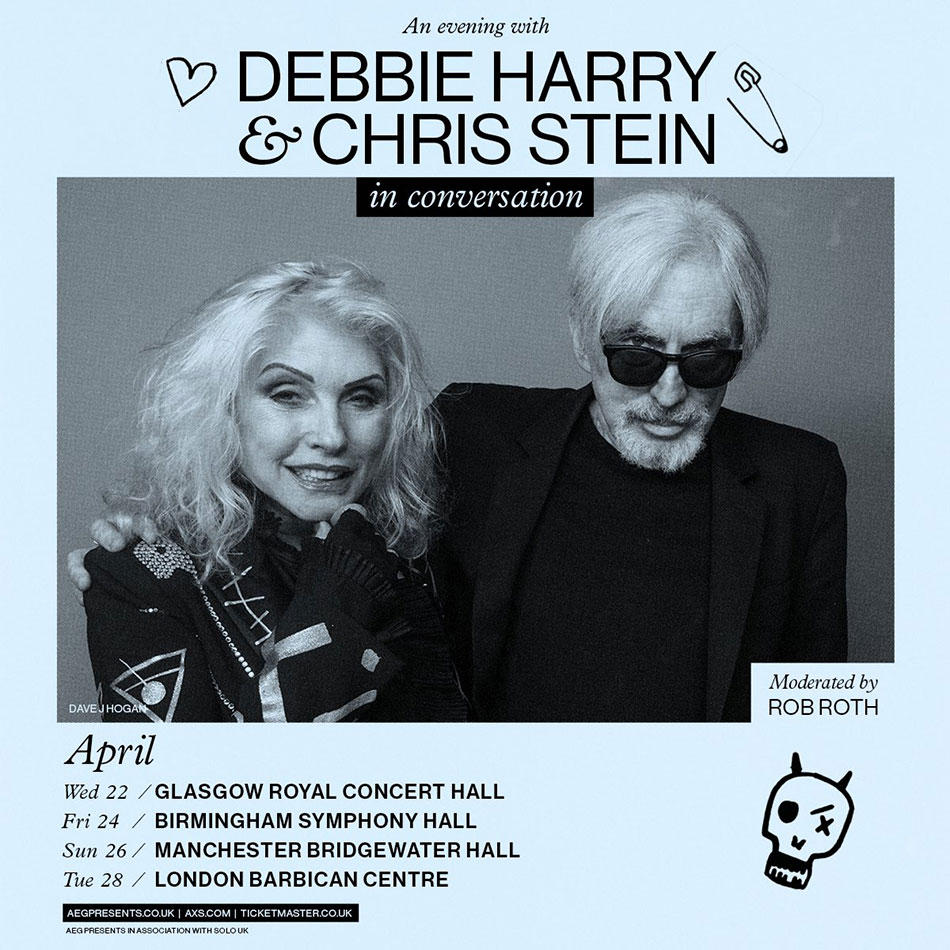 THE CLASH - "LONDON CALLING" @ THE MUSEUM OF LONDON

The Museum of London will soon be showcasing a free display of personal objects, images, music and memories from the Clash's history, some never seen before.

London Calling was and still is a hugely compelling melting pot of musical styles, driven by a passion for action and a fierce desire for social justice. The album’s music and lyrics remain as relevant today as they were on release.

View All The Clash Merchandise

My Chemical Romance's album 'The Black Parade' has been officially certified triple Platinum in the UK.

In fact all four My Chemical Romance albums have at least a Gold certification in the UK, and conversely the UK is the only country on the planet that has certified all four of their albums. They are also touring around the world starting at Melbourne's Download Festival on the 20th of March and ending at the Los Angeles Forum on the 16th of September.

View all My Chemical Romance Merchandise

'Lamb Of God' have a new album ready to drop entitled "Lamb Of God", the album will be released on May 8th

View All Lamb Of God Merchandise

On this day in 1963 the first Beatles single 'Please Please Me' was released in the US on the Vee Jay label.

Capitol Records, EMI's United States label, were offered the right to release the single in the US, but turned it down. Dick Biondi, a disc jockey on WLS in Chicago and a friend of Vee-Jay executive Ewart Abner, played the song on the radio from February 1963, thus becoming the first DJ to play a Beatles record in the United States.

Roger Waters, the “creative force of Pink Floyd”, is to tour in 2020 doing indoor arena dates during “election year” in the United States. It is set to be even more political than usual.

SYSTEM OF A DOWN 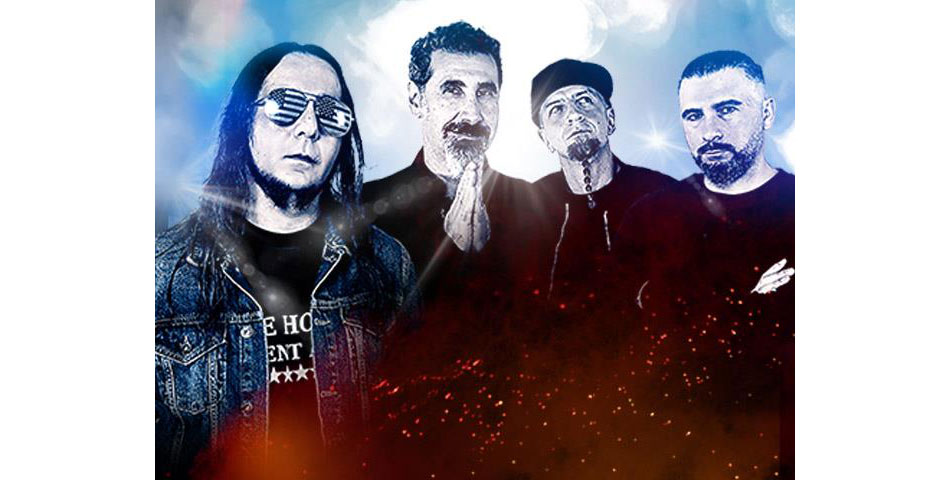 System Of A Down have announced a massive, one-off show for later this year in Los Angeles with support from the likes of Korn, Faith No More, Helmet and Russian Circles on May 22. They are also got back into writing new music together.

The band are also due to appear at Download Festival 12 to 14 June in the UK with Kiss, Iron Maiden, The Darkness, Volbeat and many more 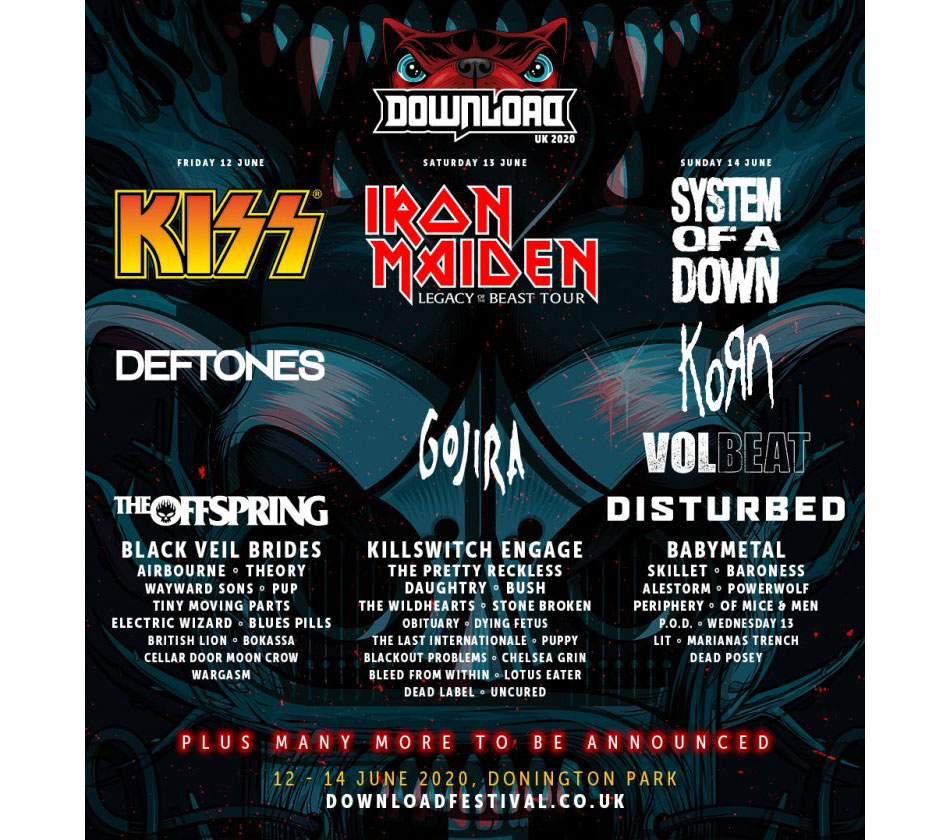 View All System Of A Down Merchandise

NEW LIFESTYLE RANGE DUE MAY 2020

We are very excited about our new lifestyle range coming soon.

We're only a little over a month into 2020 and it's already been a decidedly good year for Billie Eilish. She walked away from the Grammys with five awards in her hands, and now she's hit another major milestone: covering American Vogue. 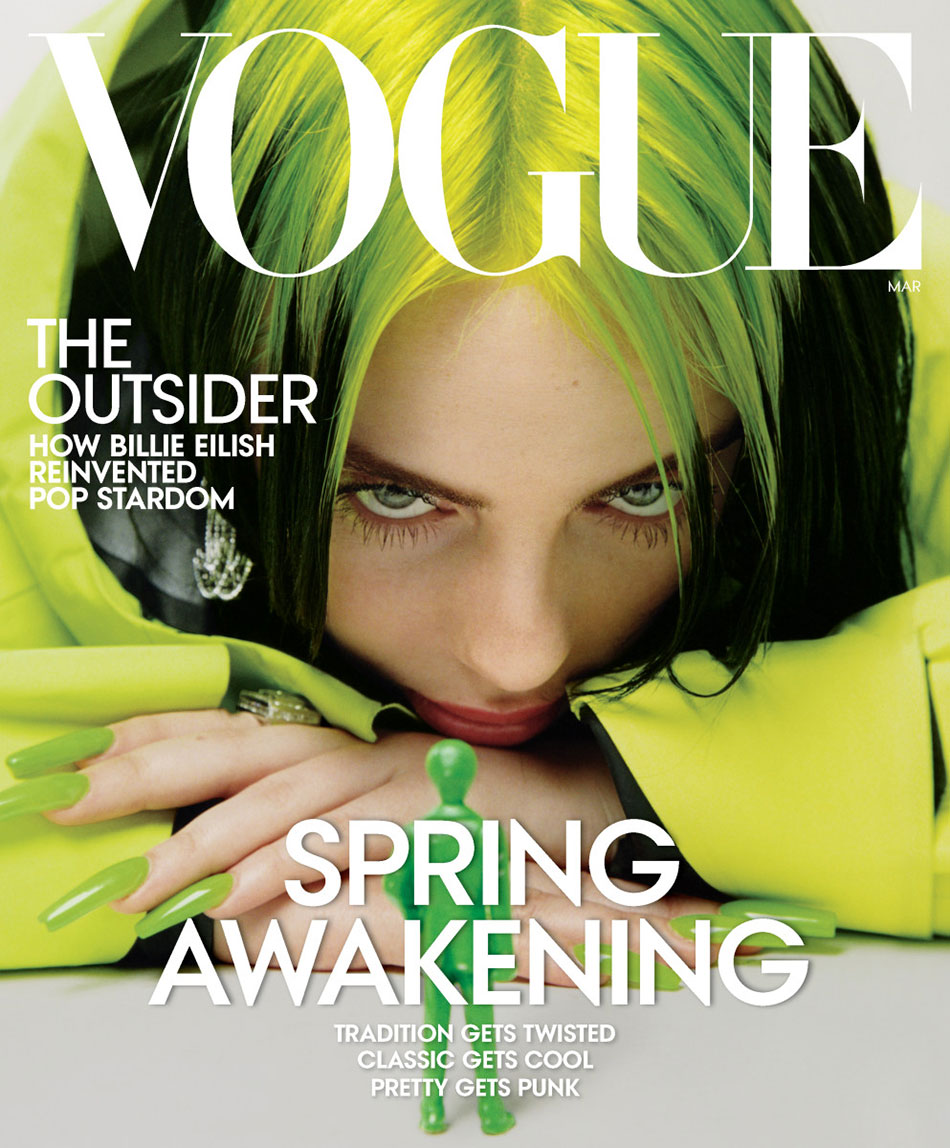