A Major Force in Heavy Metal

Formed in 2005 out of Las Vegas, the band's name comes from the kung fu movie The Five Fingers of Death. They have quickly established themselves as a major commercial force in American heavy metal, selling well over 2 million albums and filling thousands of seats on tour from coast to coast. Thom Jurek of AllMusic wrote that Five Finger Death Punch's "instantly recognizable sound is comprised of equal parts melodic and meaty guitar riffs, fat vamps, catchy hooks, tight, flashy solos, and hard-grooving bass and drums". 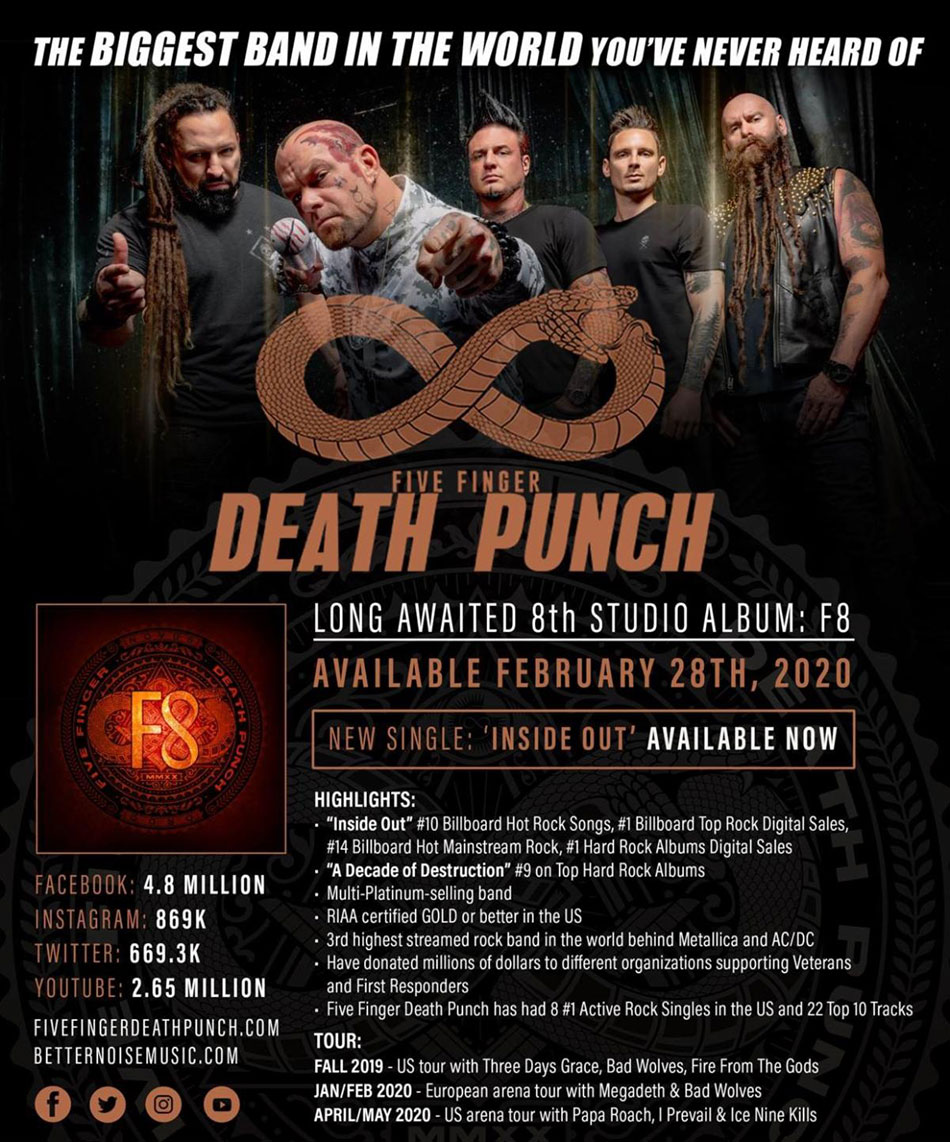